(edit with the Customer Reassurance module)

(edit with the Customer Reassurance module)

Nagamitsu is one of the most famous names in the history of Japanese swords. There have been various swordsmiths named Nagamitsu who worked from the mid 1200's through the 1940's. The most famous of them worked in Bizen, although swordsmiths by this name are recorded as having worked in Satsuma, Yamato, Yamashiro and other locations. Ichihara Ichiryushi Nagamitsu worked during the Showa Era in the 1930's and 1940's.

It has been established that Nagamitsu was a participant in the first Army Shinsakuto Exhibition held in 1944, in which he entered under the name of Ichihara Nagamitsu. Nagamitsu resided in Okayama and is mentioned in the Tosho Zensho by Shimizu which lists him as a Rikugun Jumei Tosho (Army approved swordsmith) and as a member of the Rikugun Gunto Gijutsu Tenrankai(3). He was awarded the Kaicho-sho prize at a sword competition held by Riku-gun Gunto Sho-rei Kai before the war.(6)

On May 20, 1984, a Nagamitsu blade was awarded Shinteisho origami by the NTHK(4). Nagamitsu blades have also received Hozon origami from the NBTHK in Japan (3). This attests to the high regard that these blades are currently getting in Japan and the fact that they are judged to be true gendaito.

It had been thought that Ichihara Nagamitsu and Chounsai Emura were the same swordsmith or at least that their work was related in some way. It had been speculated that perhaps Nagamitsu worked at the Okayama Prison; however, this is not the case. I have not seen nor heard of any documentary evidence linking Nagamitsu to any prison. It is now known, thanks to new evidence developed by Chris Bowen, that they are totally different and unrelated swordsmiths, but this debate has been a tale of confusion.

Ichihara Ichiryushi Nagamitsu often carved mei using an unusual style of Kanji for the "naga" character. "Naga" is usually written with three horizontal strokes to the right of the top vertical stroke. On many Ichihara Nagamitsu blades the "naga" Kanji is written with only two horizontal strokes. It is my belief that this is a "trademark" of Ichihara Nagamitsu and an important kantei point in distinquishing his blades from those of other swordsmiths who signed Nagamitsu during this period. However, there are several Nagamitsu blades known signed with a standard "naga" Kanji which may be a variant and from the same forge as the others (see oshigata "T" and "V") and perhaps carved by a student or assistant. Much has yet to be learned about the blades of from the forge of Nagamitsu.

Given the number of variations of signatures (mei) found on Nagamitsu blades, combined with the quantity of blades known, it seems unlikely that they are all the work of one lone swordsmith. It is likely that Nagamitsu had a number of students and assistants who also produced blades at his forge and who signed sword blades on his behalf. Therefore each blade must be judged on its own merits and not simply on its signature.

Nagamitsu worked in the Bizen tradition. The blades which he made are quite elegant in proportion and shape. The hamon is generally in suguha, choji-midare or gunome-midare. There is much "activity" in the hamon. Hada is ko-itame. It is not uncommon to find a serial number and a small stamp on the nakago-mune of Nagamitsu blades. Oshigata courtesy of Aoi-Arts, Tokyo. 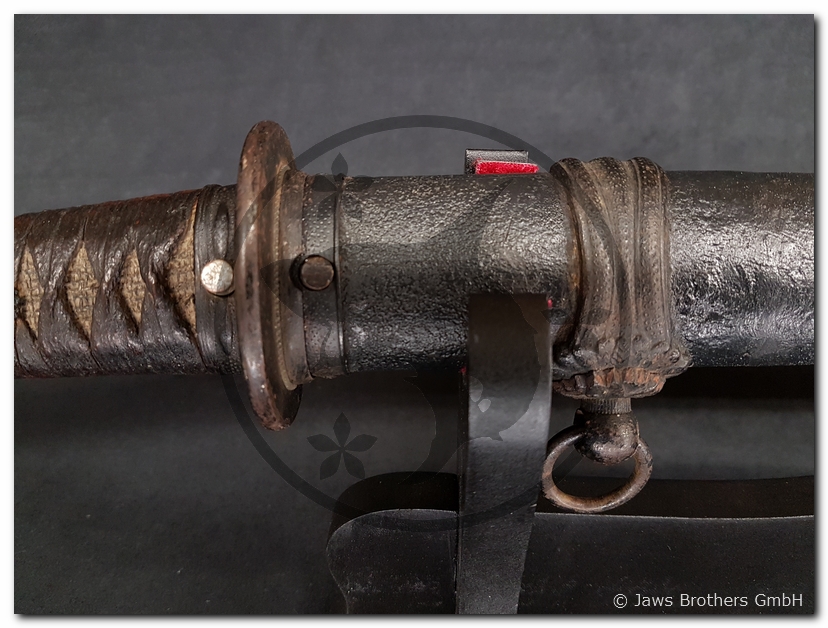 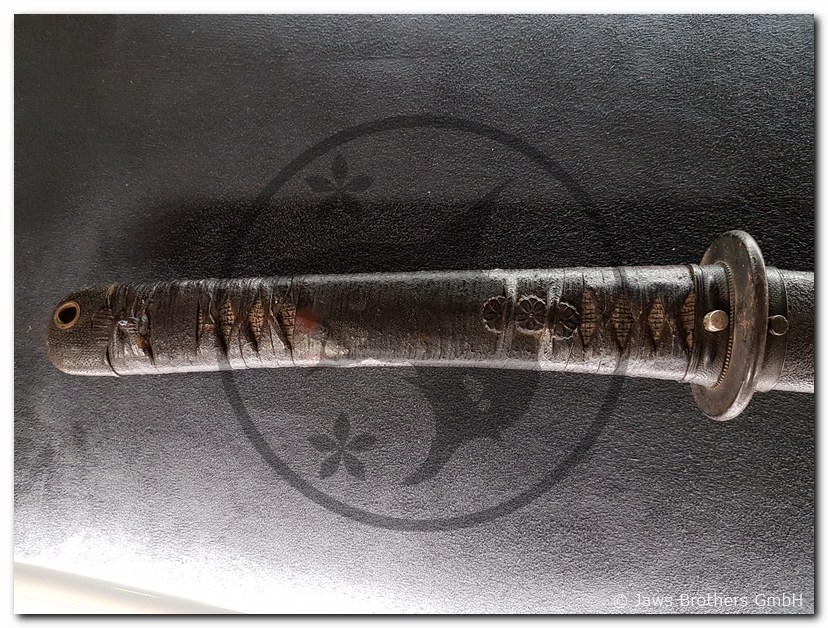 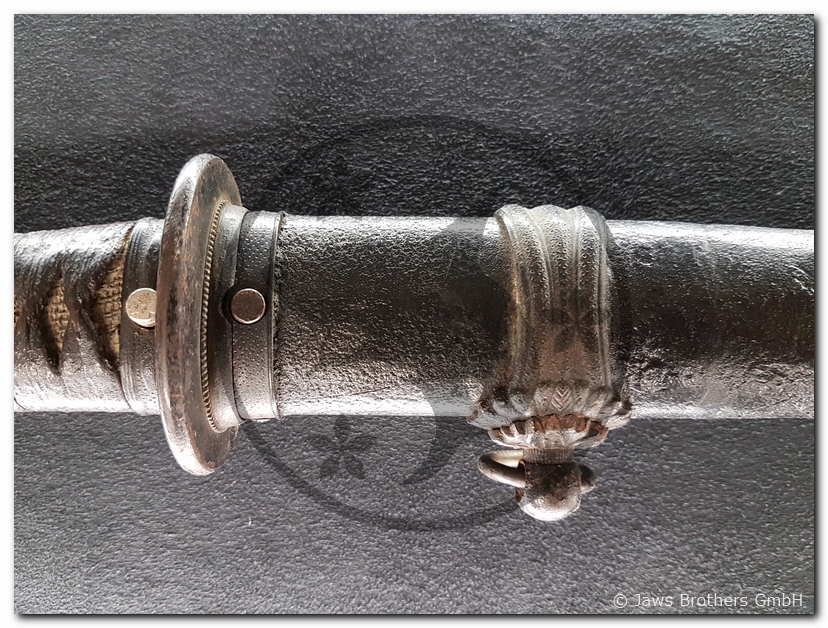 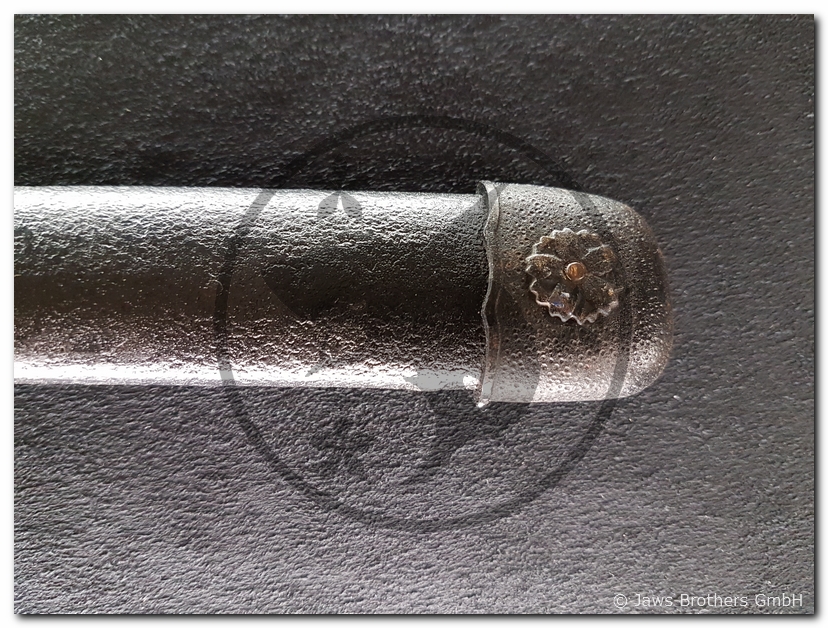